Home/The History of Immunisation in Ipswich

In 2020 as the world comes to terms with the Coronavirus disease (COVID-19)1, scientists and research organisations concentrate their efforts on containing the pandemic.  The spread of the coronavirus is being managed by isolation and quarantine, and sufferers treated with medicine to alleviate the effects. Immunity and protection for the global community may be assisted with the discovery of a vaccine.2

It’s interesting to look back a hundred years ago when different epidemics of infectious diseases threatened the Municipality of Ipswich and its surrounding suburbs.  At various times during the 19th and 20th centuries, the city was under threat of infectious diseases such as scarlet fever, diphtheria, influenza, smallpox, dengue, polio, mumps, meningitis and dysentery.

Australia as a nation embraced immunisation far earlier than many other countries, starting with the smallpox vaccine which was imported from England around 1803-1804.3 4 The vaccine was not produced in Australia until 1917.  With the smallpox outbreak in 1913 Ipswich was ready to roll out free public vaccinations from 26 July 1913.  However, Dr John Flynn, Medical Officer of Health for the city of Ipswich, reported a poor response and that it was regrettable that not more people had taken advantage of the free vaccinations.5

With the return of the soldiers from World War I in January 1919 came the pandemic of Pneumonic Influenza or the Spanish flu which killed 20 million people worldwide (more than the WWI itself).6  The Ipswich Vice-Regal Band was caught out when the border between Queensland and New South Wales closed, and band members had to spend two weeks in a quarantine camp at the Tenterfield Showground.7 8

Tenterfield Showground, where Ipswich City Vice-Regal Band was held in quarantine during the influenza epidemic, 1919 – Image courtesy of Picture Ipswich

The flu scourge arrived in Ipswich in May 1919, and vaccinations for the general public began.  Unfortunately the vaccine was not effective.  It was not until the 1930s that researchers established that influenza was in fact caused by a virus, not a bacterium. The influenza took its toll on local doctors, nurses and ambulance staff, most notable being Dr John Flynn who was tireless in his efforts in attending to his patients.  At its peak on 30 May 1919, 288 new cases were reported, and 41 people had died by mid-June 1919. 9

In the 1920s, diphtheria was a major threat especially among children. The diphtheria immunisation campaign started in 1928 with the introduction of inoculation in the Silkstone school area. It was deemed highly successful.  In his annual review reported in the Queensland Times of 19 Feb 1929, Dr Mervyn S. Patterson, the Medical Officer of Health, intended it to be used extensively in the future. 10

A one hundred percent increase of diphtheria cases in 1932 prompted Council to adopt a “progressive scheme” which aimed to eventually build up an immune population.  This was the start of community immunisation. It was announced in the Queensland Times of 11 April 1933 that all children between the ages of two and five would be vaccinated during 1933; in 1934 all children who reach the age of two; and subsequently to continue the same process every year.  These free vaccinations were also extended to all children at Silkstone and North Ipswich schools. 11

In 1945 Mr R.C. Rogers, the City Health Inspector, expressed his concern for “the exceptional apathy shown towards diphtheria immunisation by the people of Ipswich.”  At the same time he started advocating for whooping cough immunisation to be made free, which was successfully implemented in August 1947.12  It was another 4 years before free tetanus immunisations were made available in 1951.13  Mr Rogers continued to advocate for local authorities to push for making immunisation compulsory.

By 1953, the people of Ipswich had become so “immunisation conscious” as to require a change in the system to allow for more people to receive treatment.  Mr Rogers said that ever since immunisation commenced in Ipswich 25 years ago in 1928, the incidence of diphtheria in Ipswich had been reduced from 108 cases in 1927 to nil in 1952.  Typhoid fever, once a problem for the council was now a rarity in Ipswich.  However, the list of infectious diseases for the year 1951-52 included poliomyelitis, scarlet fever, typhoid, malaria, and tetanus.  With fatalities affecting the elderly, Mr Rogers advocated for inoculation to be made available to people in all age groups.14

In July 1954 the immunisation scheme for children became cheaper, involving only 3 injections instead of the usual 9 injections.  The Ipswich City Council Health Authorities introduced the triple antigen which protected against diphtheria, whooping cough and tetanus. 15 In the years that followed, Ipswich along with the rest of Australia, saw more vaccines being discovered and introduced to the general population. 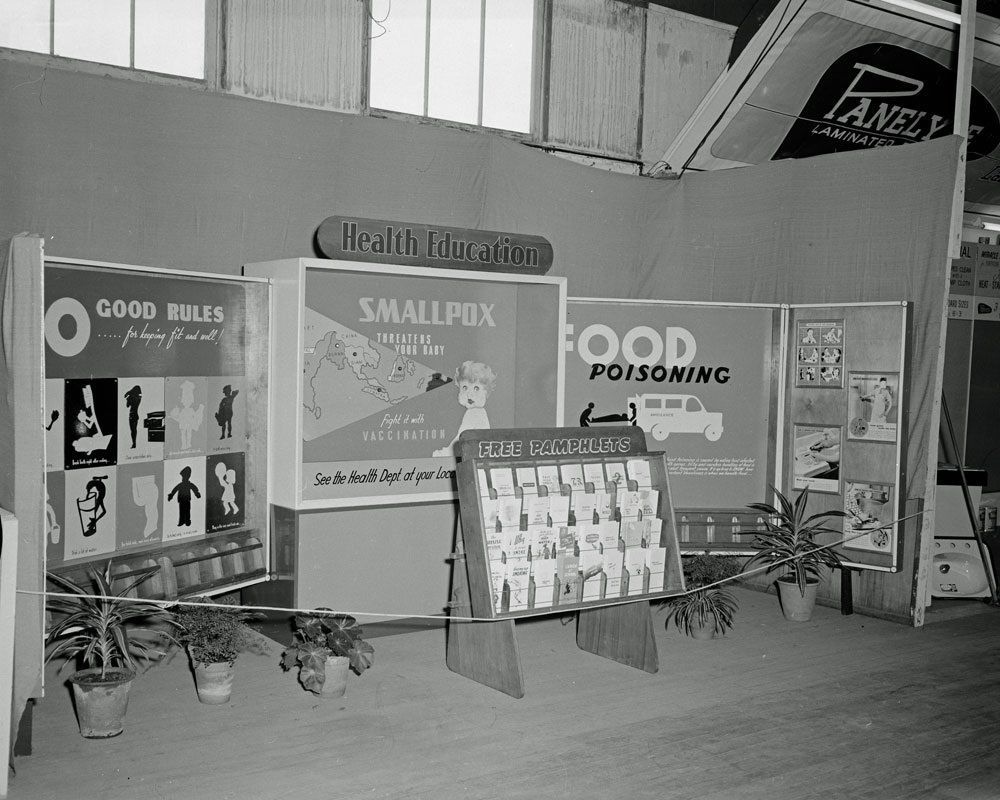 As the world finds itself once again threatened by a deadly infectious disease, the impact of COVID-19 reminds us what communities in the past went through as the country utilises social-distancing, hygienic practices such as hand washing, quarantine, and research for a vaccine in trying to control the spread of this virus.